Reflections on the 2013 Alberta Flood and Highwood Crossing 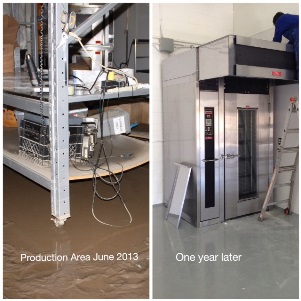 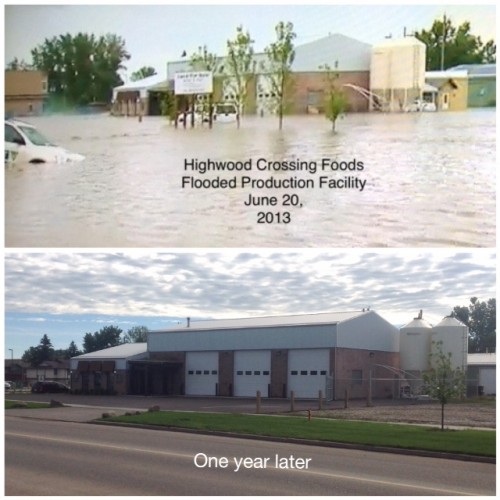 We were catching an early morning flight to attend a food event in Toronto. Highwood Crossing was being named one of the Top 20 Artisan Food Producers in Canada.

Spring in Southern Alberta had been wet; the ground was still frozen in places and saturated in others. The heavy rainfall of the previous few days and nights had made it waterlogged. As we loaded our bags into the car, we noticed the Highwood River that runs by our farm was high, but nothing we hadn’t seen many times previously. Our family has lived on this land for over 100 years and the house had never flooded before: so there was no reason for concern now, right?

As soon as our flight landed in Toronto, our cell phones signaled something was wrong. Dozens of missed calls, voice mails, texts and breaking-news alerts: way more than normal for such a short period of time “unplugged”.

“High River is flooding!” read one message from our daughter, and another from a friend said, “High River is being evacuated due to flooding”. We had only left home a few hours earlier… how could this possibly be true?

On the taxi ride to our hotel we began to realize what was happening back home. What seemed impossible earlier that morning was now unfolding… High River was being evacuated! Our production facility there was underwater. Staff had quickly left for safety and higher ground. Our home and farm north of High River was at risk of severe flooding. Knowing we were away, family and friends were rallying at our farm to rescue what they could from our basement and surrounding buildings.

We debated returning to the airport and taking the next flight home, but the essential infrastructure in Southern Alberta – roads, bridges, electricity and communications were all under tremendous pressure: 13,000 people were being evacuated from High River alone.

Motels and hotels within a 250 km radius were rapidly filling up with evacuees from High River. The chances of us being able to travel the 80 km from Calgary to our home, across three raging rivers and road closures appeared to be unlikely. Family told us to stay put as there was nothing we could do back home.

When we did fly back to Calgary three days later, the usually bustling road south was strangely quiet. We seemed to be the only car on a major freeway. Once home, the rain had stopped, the sun was setting, the birds were singing and the river water that had poured into our basement had receded, leaving a slippery paste of silt and mess. 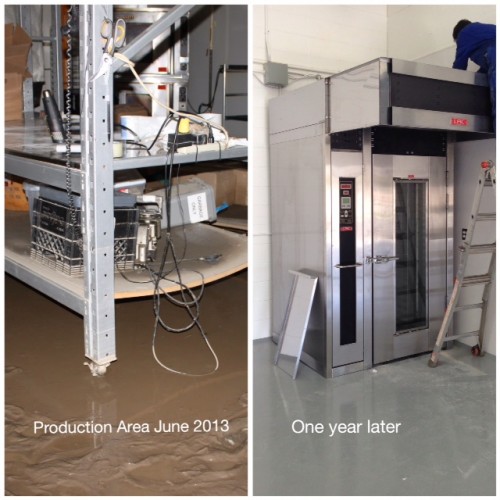 The situation in High River worsened as the town was off limits. High water was not receding in some areas and the state of emergency was extended as the military and the Province stepped in to assist. Displaced friends came to help, as they weren’t able to access and attend to their own homes in High River. Food arrived magically and along with the camaraderie, gave us the needed energy to move ahead.Over the past year, with the help of family, friends, staff and community we have gradually rebuilt our flooded home and our business. Most days the focus was to soldier on and show up, but on those days of lost momentum, gratitude was all that we could muster. Luckily, our amazing team at Highwood Crossing carried on production back here on the farm. We were incredibly fortunate to have the building that formerly housed our production facility ready to receive a dismantled array of equipment and new raw materials. Customers continued to order and our community slowly emerged from the disaster. Even though insurance claims have a way of wearing one down, thankfully our business policy included overland flooding.

The generous spirit of all those who came to assist is so precious. Our neighbor delivered a loaded tanker-truck of fresh water every day without being asked. Friends of friends helped to muck-out our basement. Family who couldn’t come and help sent money the day after the flood. Staff cheerily began revised tasks. Business contacts asked who needed help and brought strong teenagers for whatever dirty job needed to be done in High River. The outpouring of support from people around the world to the various non-profit aid agencies was overwhelming.

We feel blessed to live in a part of the world where Provincial and Federal governments respond to disasters with resources. And at the same time it is an odd feeling to be part of a community where the country’s most expensive natural disaster EVER has just occurred.

The resiliency and determination of so many people in the town of High River and surrounding rural areas is admirable. A bond has been created between all of us who have been part of this experience. We chat with people constantly about our flood stories. We call each other with the celebratory news of a business that has re-opened or a new family that has moved to town. We are saddened with news of housing and financial difficulties of others, and frustrated with the lack of speed in the world of insurance and recovery programs. The “social grease” of weather conversation now has a much deeper significance in High River.

Today, we see a positive energy in the town of High River as work activity on berms, infrastructure and renovations rule the day. Questions are asked: What if all these berms could be linked and provide a walking and bike path? How can the downtown core be economically and socially vibrant again? What are those quality of life features that make High River a great place to live, work and raise a family? Town leadership is engaged, active and optimistic. Various committees wrestle with urgently needed decisions that will have long-lasting consequences.

One year later, Highwood Crossing Foods in High River is almost ready to re-open. We have office desks ready for occupation, a brand new oven awaits granola-baking day and efficient racking is soon to arrive. Our team is preparing for the move back once all is ready and in place. We look forward to being back in our High River facility and taking part in the new normal of a small town here in the stunning foothills of Southern Alberta.

To everyone who has been with us on this journey… your love and support has been incredible. 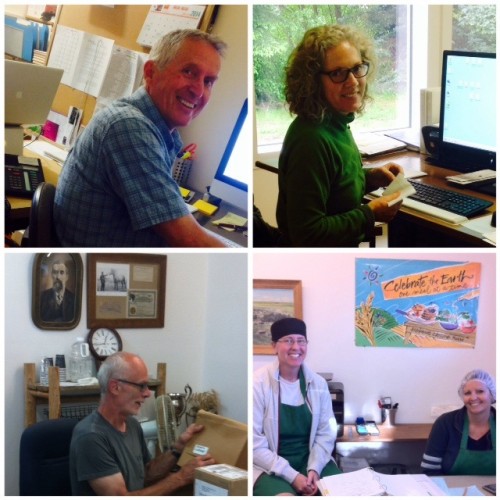